@AdobeCreativeSuiteRoadshow– #hashtagging the way to success 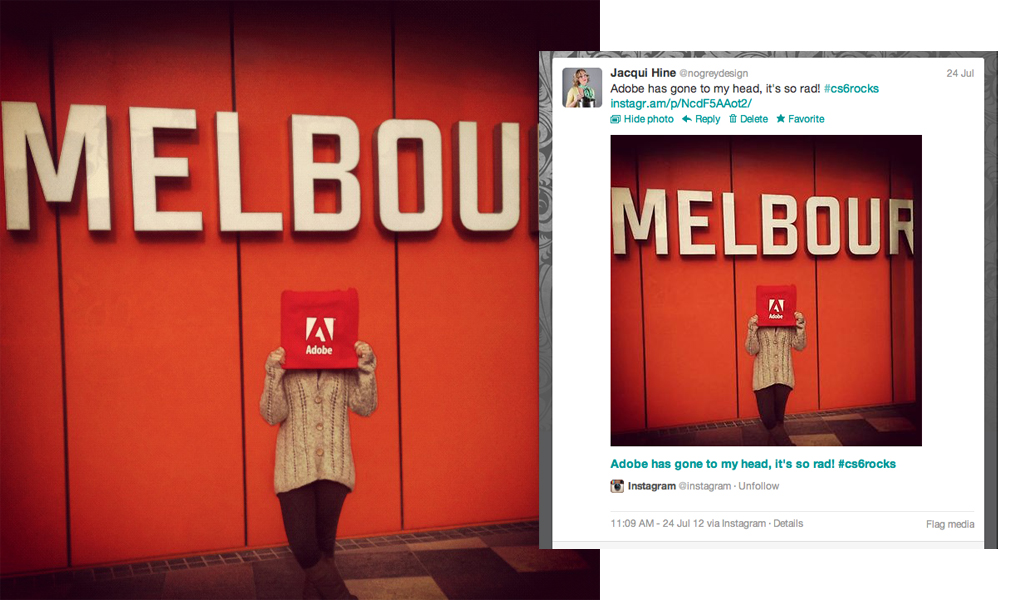 On Tuesday I ventured from the studio to attend the Adobe CreativeSuite Roadshow– a conference held to introduce creative professionals, students and other keen people to the newly released CS6. Not only was it a valid reason to get out of the office and to take my work-experience sister on an ‘exciting outing’, but it also provided me with a kickstart into the world of CS6– and can I tell you, what an awesome world it is!

What made the conference even more engaging and exciting was the emphasis on social media. Being a bit of a social networking enthusiast I was quite impressed with and pleased that Adobe had decided to jump on the bandwagon. Social media has become such a large part of everyday life, it only makes sense for corporations to start using platforms such as Twitter, Facebook and Instagram to enhance their events.

The Creative Suite Roadshow is a perfect example for when social media platforms can be used to encourage interactivity between organizes and visitors, like myself. During presentations by a number of Adobe gurus, audience members were encouraged to Tweet questions and comments. This effectively eliminated the need for often awkward, and drawn out “question time”, and provided audience members with immediate answers to their questions.

Tweeting my question to @pburnett

Speakers included Paul Burnett (@pburnett), Michael Stoddart (@stod), Steve Nichols (@dpsdude), Brian Chau (@brianchau) and a favourite of mine Mike McHugh @CS_TV(once again giving a thoroughly entertaining presentation– made even more funny by his Seinfeld references), all of which provided engaging presentations on the new and exciting features of CS6 (a list of which I excitedly compiled and have included here…) 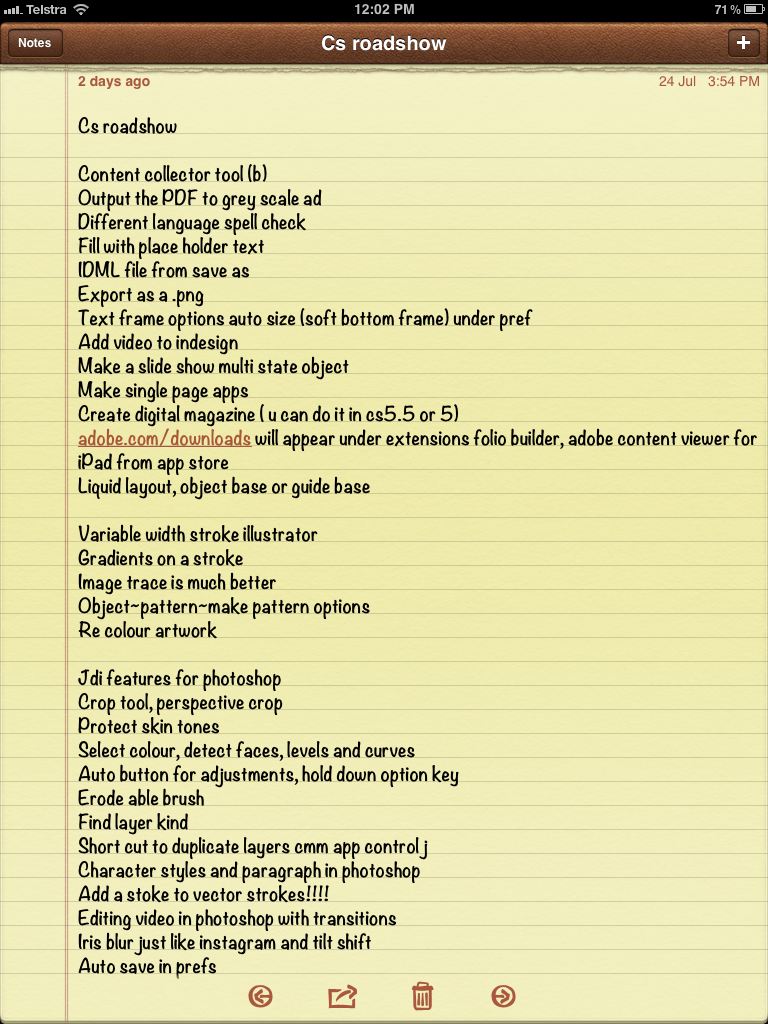 Another way social media was incorporated into the event was in the form of a photography competition. Audience members were asked to take a creative CS6-inspired photo, then tweet it using the tag #cs6rocks. Photos were re-tweeted by the Adobe team (@adobe_au) and entrants put into the draw to win a copy of CS6 Photoshop.
I, of course, jumped at the chance, and with the help of sister Kate, came up with this…

Fully expecting to be trumped by some unbelievably imaginative photographic creation (I was, after all, in the company of a room full of creative professionals), I was pleasantly surprised at the end of the day when my photo popped up on the big-screen as the winner! Yay! And a free copy of Photoshop was not the only perk– as a result of being re-tweeted by Adobe I scored 8 new followers on Twitter. #humblebrag

Adobe have now announced (through Facebook and Twitter of course!) anothercompetition (#cs6wear), where people can submit a T-shirt designs, with the winning design to be printed on a Quiksilver T-Shirt– pretty cool eh?

Many people overlook and dismiss social networking as they see it as, ironically, an antisocial activity– leading to the demise of human interaction. I think however, the correct and clever use of networking platforms, like in the case of the Adobe Roadshow, can really enhance social events and keep things modern and up-to-the-minute. They are, at the end of the day, just new tools to be utilized and employed by us. So getting on it people! There is a whole world of self-promoting, marketing and socializing opportunities waiting your discovering, many of which are just a #hashtag away!